5 places in Bagan where most beautiful art works exist 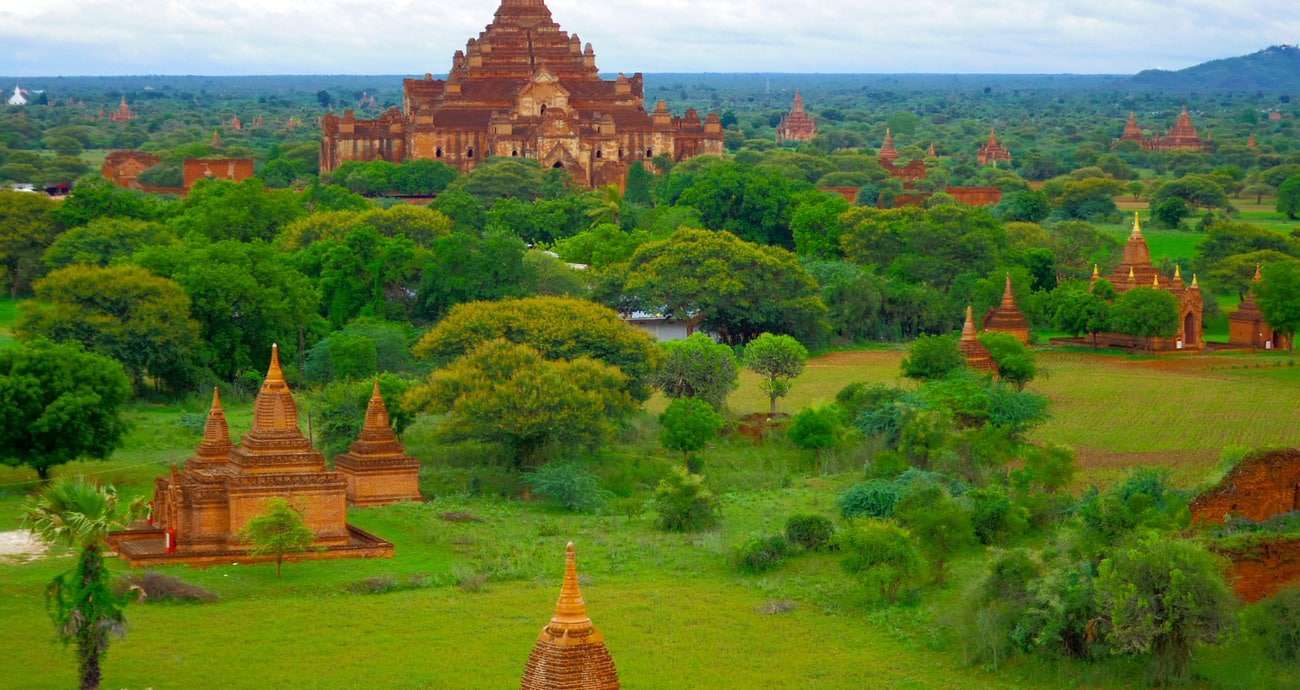 5 places in Bagan where most beautiful art works exist

BAGAN! Whenever you hear this, you will think of the most ancient city of Myanmar with two thousands of ancients buildings aged over 100 years. Not only the durability of those buildings but also the art features decorating insides will take your breath away like no other antiques that you’ve ever seen. Here are 5 places where you will find the finest art of Bagan era.

There is a famous Myanmar saying: “Art in Ananda, Height in Thatbinnyu, Size in Dhamanyangyi”. Yes, Ananda has the most exotic paintings in all buildings of Bagan. Despite being nearly nine hundred years old, most of the items are still vivid and beautiful. The 550 lives before Buddha, the last ten lives before Buddha, the life history of Buddha, Satan and his followers and many other descriptions of demon, angels and animals are painted and sculpted in many different styles (some even in 3D as shown in following) over the whole wall from roof the floor. The details reach to the level that even the gestures of gods at the door is showing the best place to stand and see the main Buddha figure. The lightings, the structure, doors and windows were adjusted to the ease of visitors and are supporting the glory of temple. You can definitely see that even without electricity and modern facilities, ancient Myanmars have the eyes and hands for world-class art.

Although it is one of the most underrated places, it has the paintings with no amount of damage most in Bagan. Have you ever heard of Picasso’s blue? Well, Law-Ka-Htake-Pan has its own amazing color combination called ‘Lawkahtakepan Red’ as unique as Picasso’s blue though it is over 1800 years earlier. And even its roof is decorated with the stunning craft carved continuously along the hard face of stones with unbelievable amount of details.

This is another uncharted place which possesses the designs you can’t find any other places in Bagan. Unlike other temples of Theravada paintings, it has Maharyarna figures like LawKaNarHta sitting on lotus, Hinduism Gods like Shiva and Vatesano and angels of many different religions. Even the lion sculpture of Abe-Yadanar is distinct from all lions of Bagan. As bonus, you can also enjoy the fascinating architectural concept of windows as well as the calming landscape view from the entrance of the temple.

In spite of being a small temple that even some locals don’t know, its walls are nearly the same as in one thousand years ago. The paintings are specific, recognizable, understandable and very mesmerizingly created all over the world and even on the roof showing the efforts and class of the artists. The most famous one is ‘Birth of Buddha by Maryar’, the most beautiful version in Bagan. And also, the intriguing art like different ages of women, the sins of people, Buddha and his followers will make you stay in the temple much longer than you think.

Last but not least, Sular-Mani is one of the most popular temples which you can see even from afar. Apart from its glamourous structure with unbreakable brick walls, there is marvelous wall-full paintings of Buddha and the colorful blocks of stories and letters made with clay which are still sharp and lively. Not only buddha stories like others, but also the dragons, giants, monster seen in Chinese and Korean cultures, animals like fish and prawns are particular. Oh! Don’t miss to have a look to Sular-Mani’s own unique cyan color.